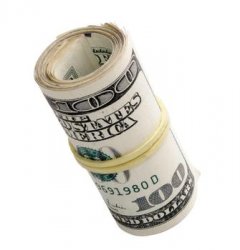 Both the states and the federal government have jurisdiction when it comes to policing the payday loan industry, to ensure consumers are protected against predatory lending practices.

So far, it appears the states have been a lot more aggressive on the issue than their federal counterparts. A number of states have taken individual actions against these storefront money stores that make small, short-term loans at an interest rate of about 400% APR. In many cases individual lenders have paid a settlement and moved on, business as usual.

Some states don't allow payday lenders inside their borders. Fifteen states and the District of Columbia ban the practice entirely, and nine states allow some limited form of payday lending. These nine states impose restrictions, such as limits on loan amounts, interest rates, loan terms, and the number of loans. Colorado caps APR at 45 percent and in Washington state, a consumer is limited to eight payday loans per year.

The states where payday lenders don't operate have generally enacted a simple 36% APR cap on loans. Payday lenders say the fee on their short term loans would be so small at that rate that it isn't worth doing business in those states. The cap more or less serves as a ban on payday lending.

The Internet has allowed payday lenders to skirt these bans in some respects. If a consumer in a state where payday lending is banned goes online to take out a loan, the lender is physically outside the state's jurisdiction.

Now there are signs that the states are upping the ante, showing a serious determination to cut off payday lending at its source. In early August Benjamin M. Lawsky, New York's Superintendent of Financial Services, sent letters to 35 payday loan companies directing them to cease and desist offering and making usurious payday loans in New York by the Internet or any other means.

Lawsky said New York's ongoing investigation has shown that these companies have charged New York consumers for payday loans with interest rates many times the legal limit. He further warned debt collectors not to try to collect these loans if consumers refuse to pay them back.

Hitting them where it hurts

This hits payday lenders where it hurts. They stand to lose hundreds of thousands in loans illegally made to consumers in New York. And it may not stop there. The state of Maryland's chief financial regulator has served notice he plans to go after the banks that lend money to payday lenders. 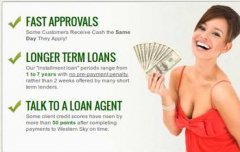 Lawsky, too, threatened banks with legal action if they did not shut off the money spigot for payday loans. And it appears to be yielding results. This week Western Sky, a major Internet-based payday lender, announced on its website that it would stop funding loans September 3. The announcement follows a lawsuit against the firm, filed by New York Attorney General Eric Schneiderman, attacking the company's claim of tribal immunity from state usury laws.

“This is a tremendous victory for families in every state, ” said Uriah King, Center for Responsible Lending's (CRL) vice president of state policy. “Contrary to payday lender spin, illegal lending can be stopped—and states are leading the way.”

In fact, several other states have targeted illegal payday loans in recent months, including Arkansas, Pennsylvania and West Virginia. West Virginia has been going after payday lenders for years. In 2009, then-West Virginia Attorney General Darrell McGraw successfully sued 12 Internet payday lenders and their collection agencies, with the aim of preventing them from doing business in the state.

In recent years Native American tribes have gotten into partnerships with payday lenders, who then claimed tribal sovereignty exempted them from state usury laws. Threatened with extinction by the new, tougher crackdown, some of these companies have taken court action against New York.

But CRL, which has campaigned for years against payday loans, says it is clear that the momentum on the issue has shifted, and it is the states, not the federal government, that made it happen. But the group says the feds still have a role to play.

Payday Loans And Managing Your Money Is There A Correlation

Payday Loans — And How to Fix Them

What Are PayDay Loans And Who Are They For

NO ONE needs a payday loan. If you THINK you need one, you CAN'T afford one.

No, the rules are the same. If you default, they'll go after your collateral immediately.

RT @ReneeHancock1: More women taking out payday loans, they are borrowing more and they are single mothers says @AdamMooney7 @amworldtodayp…
Fri, 19 February 2016 06:18 AM