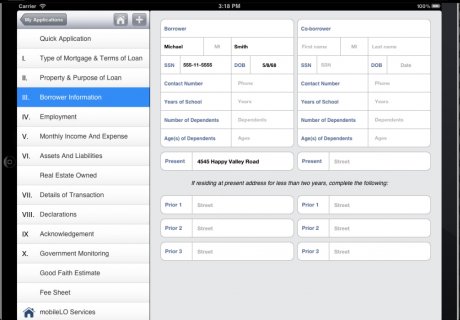 Freddie Mac’s weekly survey of lenders finds mortgage rates have moved lower for the most popular loan terms, as mortgage application volume is back on the rise. Loan applications were up 11.8% on a seasonally adjusted basis this week, led primarily by an uptick in government loan applications, according to new data from the Mortgage Bankers Association. This week’s mortgage rates:

The increase in loan applications comes after a sharp decrease last week, largely thought to be a short-term result of the new “Know Before You Owe” disclosure rules. Mike Fratantoni, MBA’s chief economist, said in a statement Wednesday that he expects application volume to remain volatile over the next few weeks as those disclosures are implemented.

Still, this week’s upward movement could indicate that the market is rebounding from the pressure of the change to closing disclosure rules, which — combined with continued low interest rates — caused a rush of applications before they went into effect on Oct. 3.

Government FHA, VA and USDA loans all saw increases in volume for the week ending Oct. 16, which may be an indication that more first-time home buyers are stepping into the fray, as these loans are made with low down-payment requirements.

Borrowers may further be helped by the fact that home affordability has edged higher, according to the National Association of Realtors Housing Index, which rose to its highest level since May based on August data. A lower median price for single-family homes, slightly higher median family income and continued low interest rates combine to bring homeownership into reach for more people.