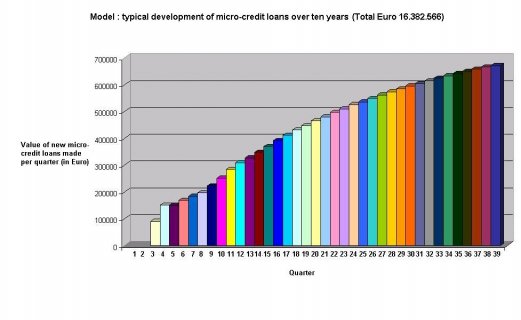 Since microcredit first came to public attention in the 1980′s, the usual story line has been that it funds creation and expansion of microenterprises, producing additional income that lifts the borrowers’ households out of poverty. But is it true?

It has been clear for some years now that many–sometimes most–microborrowers in fact use their loan proceeds for non-business purposes. Recent analysis has cast doubt on some of the older research studies that found that microcredit increases household income. A new generation of more rigorous randomized studies is now in the works. The first two of them to be published have not found evidence that microcredit raised household income and consumption, at least over the 1-1.5 year term of the studies. Does this mean that microcredit might have been a bad idea all these years? I’ve just drafted a brief paper on this question. The paper should be available in a month or two, but in the meantime let me trot out its core arguments.

I think an honest appraisal of the current state of the evidence is that we simply do not know whether microcredit raises incomes and consumption. If the case for microfinance depended on whether it was lifting people out of poverty, then the appropriate response right now would probably be to declare a moratorium on support for microfinance until further research clarifies this question more.