Do They Exist? No Credit Check Loans

For No Credit Check Loans the short answer is no, with shades of grey. Or at least they shouldn’t in today’s climate of responsible lending and treating customers fairly. The spotlight is well and truly on Payday Lending at the moment, as Lenders are having to go further and further in obtaining the right information to ensure they are only lending to consumers who have the ability to repay, and rightly so. 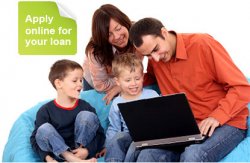 The press is littered with stories from students, people on long term benefits, and the unemployed taking out small amounts from a payday lender, not being able to repay on the specified date, and then watching in horror as the debt spiralled, with late fees and charges, to twice, sometimes three times the amount of the original loan. The other side of the coin is consumers who took out an originally small amount, and found themselves having to immediately borrow again to cover the last amount. They take more and more each month until eventually they are finding their whole monthly wage consumed by the repayment. Inevitably defaulting, and then finding themselves open to the huge charges mentioned earlier.

Since taking over regulation of the consumer credit sector, the Financial Conduct Authority identified early on the high risk to the consumer of the payday loan industry. They have gone about reviewing the market and placing rules and restrictions on the way the payday loan companies go about their business. Interest rates have been capped, collection on defaulted loan practices have been scrutinised, and lenders have been reminded of their obligations when making a decision on whether to lend to an individual. There is an extremely strong argument to suggest that the policy of putting consumer welfare at the forefront of a companies thinking was not adhered to prior to the FCA market review. The FCA proposals on payday lending (which can be found here) will help to clean up the sector, and in turn protect the consumer against some of the rogue practices from the last few years.

Some of the higher profile lenders have already began to redress issues with historic practices in relation to the loans they issued. In June 2014, Wonga, the UK’s biggest payday loan lender, entered in to an agreement with the FCA to pay redress to around 45, 000 of it’s customers, after it came to light their collection practices involved sending communications to borrowers in default, from companies which appeared to be a law firm. These “firms” turned out to actually be fictitious, and the letters were being sent directly from Wonga with the aim of pushing consumers in to responding, and paying back the outstanding balance whether they could afford it or not. The figure for the redress is thought to be around £2.6M. More recently in October 2015, Dollar Financial, the parent company for brands such as The Money Shop and Payday UK agreed to redress over 147, 000 of it’s customers after it was found that insufficient affordability checks, and collection practices caused detriment to the clients. The refund will cost in the region of £15.4M.

This kind of retrospective action goes some way to show that lending practices which don’t show due care to the borrowers ability to pay back will (should) soon become a thing of the past. Typing “No Credit Check Loans” in to Google will still bring up a plethora of results offering you quick cash without the need for checks of your credit report. This is simply not the case. All lenders have an obligation to make sure the loans they are issuing, are to consumers who 1) have the ability to pay back the loan comfortably, and 2) will not suffer detriment as a result of taking out the finance. The FCA are still in the process of their attempt to clean up the industry, so any lenders still claiming to be able to provide no credit check loans can probably expect a knock on the door from the FCA very soon.

No Credit Check Loans The short answer is no

This will more than likely mean a retraction in the market for payday lending. The reason so many new lenders popped up over a short period of time was the huge earning potential for short term high cost loans. Interest added was over £30 for every £100 borrowed in some places, and the nature of the business means that the companies get paid quickly. Traditional personal loans charge interest over a longer period of time, meaning the lender would slowly collect the capital they have lent at a slower rate. Paying back the full capital plus a large chunk of interest merely 30 days after the initial outlay made the industry very appealing to a lot of companies. The new rules, capping the amount of interest charged to 0.8% per day, and the total cost cap on fees of no more than 100% of the original amount borrowed, will make the proposition less appealing to prospective and current payday providers.

How to use FIDO mobile application to get fast and easy loan?

Easy Loan for Your Business Needs