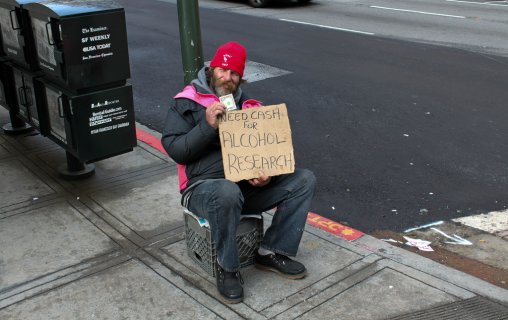 December 15, 2017 – 07:51 pm
Last Christmas the Salvation Army experimented with a way to accept credit card donations at its ubiquitous red collection kettles, and while the effort was surely not the last of its kind, it’s an innovation that will only take hold for formal charities. Homeless people, it is safe to say, aren’t likely to have bank accounts, much less be able to accept credit card payments. For the charitable folks out there, it’s hard to see any alternative displacing the practice of giving a few dollar bills or a handful of change to the homeless guy in the train station. “I think cash will play a role in that type of charity because it’s accepted behavior, but that’s not necessarily true for all types of charity giving, ” Graves says, pointing out that charity groups have always been very good at providing donors with every imaginable option for people to give. “The charities will adapt to account for any loss of income they would get from people carrying less and less cash, ” he says. “You’ll probably see a rise in automatic debits where you buy something and establish that a percentage goes to a charity, for example, and you can already give on your cellphone by text message. Whatever happens, charities will react to it but they won’t be drivers of change.” Photo Credit: Ed Yourdon

Children in Need cash for skaters