What are Cash advances? 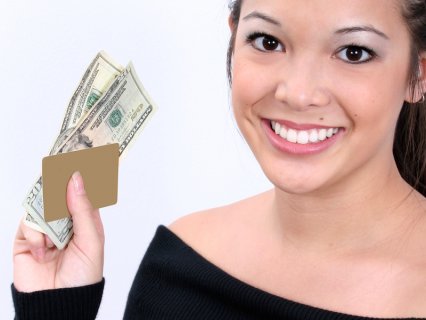 Generally, these loans are short-term in nature—often as little as 3 months with payments made daily, in the form of withdrawals from the company checking account or as a fixed percentage of that day’s credit card receipts. The upside is that business owners can obtain credit quickly and without the rigorous approval standards and documentation requirements of a traditional lender.

Ivan Rincon founded The Orchid Boutique, which sells designer swimwear online and in an upscale Miami boutique, and sought out a merchant cash advance in order to fund inventory purchases.

I applied for a merchant cash advance because my bank wasn’t providing the financing to support my growth. It was an easy process and I received funding quickly to keep the working capital I needed on hand to operate the company, ” Rincon said.

It’s not that merchant cash advance companies are lying or that reporters have been misled (although some cash advance lenders certainly misrepresent the cost of their loans), but rather, the price of these loans has generally been expressed in a way that is inconsistent with how other, more common forms of credit, are priced and discussed.

After all, the interest rate on virtually all mortgages, credit cards, student loans, and car loans are expressed as an annualized percentage rate (APR). Merchant cash loans are generally priced using what’s called a buy rate(another commonly used term is factor rate but the meaning is the same). APRs and buy rates operate differently in a couple of crucial respects that make comparing them more than simply putting two numbers side by side.

Here’s an example. Merchant cash loans are often priced with a buy rate between 1.2 and 1.4. To determine the total payback amount on the loan, the buy rate is multiplied by the amount borrowed. In a case where a borrower obtains a $100, 000 loan with a 1.3 buy rate for a 12-month term, his total payback amount is $130, 000. At first glance, that seems like a 30% interest rate, a rate that most would consider high. And indeed, the interest cost of the loan is 30% ($30, 000). However, when loans are priced using a buy rate, all of the interest is charged to the principal upon origination of the loan. If the loan had been priced at 30% APR, where interest accrues on a lesser and lesser principal amount as payments are made, the total payback amount would be approximately $117, 000—a difference of $13, 000! The 1.3 buy rate is actually equivalent to a 52% APR, not the 30% one might expect.

Another important consideration when evaluating a buy rate is the importance of time. Buy rates are not annualized as APRs are (hence, the word annualized). Suppose the $100, 000 loan with a 1.3 buy rate had a term of 6 months instead of 12 months, as is often the case with merchant cash loans. Instead of paying back $130, 000 over the course of a year, the loan is paid back twice as quickly (in 6 months). The equivalent APR is now 104% (52% * 2)!

Cash Advance Loans Are Regulated in Many States But Banks ...

What is a Merchant Cash Advance? - RapidAdvance

Cash Advances Online Are Plentiful Find a Responsible One