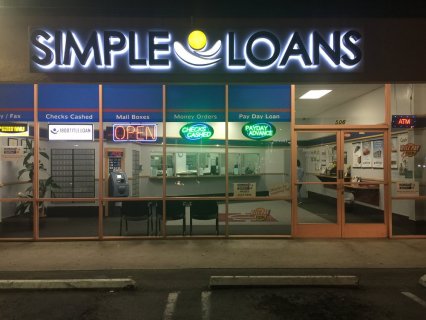 If two mortgage loans are exactly the same but one is simple interest, you will pay more interest on it unless you systematically make your monthly payment before the due date

November 25, 2020 – 12:03 am
"What are the benefits/drawbacks of a simple interest loan versus a traditional mortgage? Which would you take if offered the choice?"

I would select a traditional mortgage. If two loans are exactly the same but one is simple interest, you will pay more interest on it unless you systematically make your monthly payment before the due date.

The major difference between a standard mortgage and a simple interest mortgage is that interest is calculated monthly on the first and daily on the second.

Consider a 30-year loan for $100, 000 with a rate of 6%. The monthly payment would be $599.56 for both the standard and simple interest mortgages. The interest due is calculated differently, however.

On the standard mortgage, the 6% is divided by 12, converting it to a monthly rate of .5%. The monthly rate is multiplied by the loan balance at the end of the preceding month to obtain the interest due for the month. In the first month, it is $500.

On the simple interest version, the annual rate of 6% is divided by 365, converting it to a daily rate of .016438%. The daily rate is multiplied by the loan balance to obtain the interest due for the day. The first day and each day thereafter until the first payment is made, it is $16.44.

The $16.44 is recorded in a special accrual account, which increases by that amount every day. No interest accrues on this account. When a payment is received, it is applied first to the accrual account, and what is left over is used to reduce the balance. When the balance declines, a new and smaller daily interest charge is calculated.

On the simple interest version of the same mortgage, assuming you pay on the first day of every month, you pay off in 10, 990 days, or 41 days later than with the standard mortgage. Total interest payments are $116, 167 or $335 more.

These are small differences, due largely to leap years. Over the 30 years beginning 2004, there are 8 years with 366 days, and the lender collects interest for those days. Leap years do not affect total interest payments on a standard mortgage.

The disadvantage of a simple interest mortgage rises with the interest rate. At 12%, and continuing to assume payment on the first day of every month, it pays off in 11, 049 days or 91 days later than the standard mortgage. Total interest is $3082 higher.

Penalties for payment after the grace period work the same way on both types of mortgage. For this reason, I have not included penalties in the calculations.

Borrowers making extra payments also do better with a standard mortgage. Most lenders will credit extra payments received within the first 20-25 days of the month against the balance at the end of the preceding month. A borrower who pays $1, 000 extra on day 20, for example, will save the interest on that $1, 000 for 20 days. With a simple interest mortgage, in contrast, interest accrues for those 20 days.

The only transaction that works out better for the borrower with a simple interest mortgage is monthly payments made early. If every month you pay 10 days before the payment is due, for example, you pay off 40 days sooner than the standard mortgage at 6%, and 254 days earlier at 12%. There is no benefit to early payment on a standard mortgage, since it is credited on the due date, just like a payment that is received 10 days late.

Bottom line: other things the same, take the standard mortgage. But if you are stuck with a simple interest mortgage, make it a habit to pay early; it will pay big dividends.

Days to Payoff and Total Interest Payments on a Standard Mortgage and Simple Interest Mortgage of $100, 000 for 30Years Beginning January 1, 2004

What is a simple loan.

@Kill Bills: The most simple answer is if you’re student loan debt has a higher interest rate than your investment, pay your student loans. If your inve…
Sun, 21 February 2016 02:01 PM