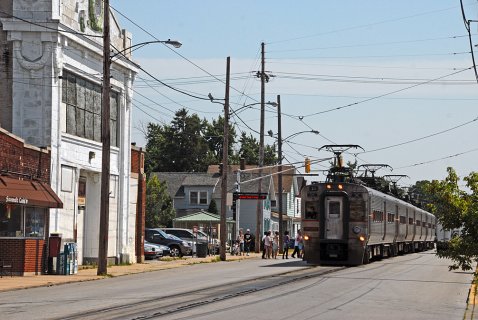 CAIR-MI, ADC-MI File Federal Suit Against Advance America Over Hijab Ban
(SOUTHFIELD, MI 11/12/14) – The Michigan chapter of the Council on American-Islamic Relations (CAIR-MI) and the American-Arab Anti-Discrimination Committee-Michigan (ADC-MI) today announced the filing of a federal lawsuit against Advance America Cash Advance (Advance America) for denying a Muslim and Arab-American woman money order services at one of its locations.

The lawsuit was filed in the United States District Court, Eastern District of Michigan in Detroit.
The lawsuit challenges the company’s policy that prevents Muslim and Arab-American women that wear a hijab, or religious head covering, from obtaining services at their centers.

When Plaintiff Raghdaa Ali attempted to cash her money order at one of Advance America’s centers, she was denied entry by a company employee. She was then told by the store manager that the company’s ‘No Hats, No Sunglasses’ policy does not allow her to enter the store because she was wearing a “scarf, ” and that she needed to cash her money order at “one of the bulletproof centers that don’t have that policy.”
The lawsuit also seeks an injunction enjoining Advance America from denying Plaintiff and other Muslim and Arab-American women wearing the hijab access to its services based on their religion, race and national origin.
SEE: Video of the Entire Incident
“Advance America Cash Advance’s policy of not serving Muslim and Arab-American women that wear the hijab, or religious head covering, is outrageous and should not be tolerated in a civilized society, ” said CAIR-MI Staff Attorney Lena Masri.
"There should be no place in America today for bigotry of this magnitude, ” said ADC-MI Director Fatina Abdrabboh. “We must not allow intolerance to dictate the course of how Arab-Americans and Muslim-Americans are serviced. Sometimes the courts are the best option to make sure our community is protected from all forms of discrimination."
Read the Entire Lawsuit: